Darrow is a Red, a member of the lowest caste in the color-coded society of the future. Like his fellow Reds, he works all day, believing that he and his people are making the surface of Mars livable for future generations.

Yet he spends his life willingly, knowing that his blood and sweat will one day result in a better world for his children.

But Darrow and his kind have been betrayed. Soon he discovers that humanity already reached the surface generations ago. Vast cities and sprawling parks spread across the planet. Darrow—and Reds like him—are nothing more than slaves to a decadent ruling class.

Inspired by a longing for justice, and driven by the memory of lost love, Darrow sacrifices everything to infiltrate the legendary Institute, a proving ground for the dominant Gold caste, where the next generation of humanity’s overlords struggle for power. He will be forced to compete for his life and the very future of civilization against the best and most brutal of Society’s ruling class. There, he will stop at nothing to bring down his enemies… even if it means he has to become one of them to do so.

Oh, thank you Red Rising for coming to me at just the right time! You did a better job of exemplifying the societal divide that tried to come across in Red Queen, and had just enough Hunger Games in you without being too much of a rip-off. And… wait for it… you were so well written that I didn’t mind reading you in the present tense! 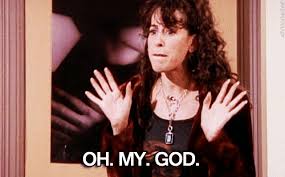 I thoroughly enjoyed the voice of this book. Darrow spoke from a really sincere place, and the voice remained true on both sides of his transformation. It was a nice change of pace for me to see through the eyes of a male protagonist (it’s been awhile). The secondary characters were also well thought out, for the most part. I love Sevro! And Pax! And Mustang was enjoyable as well.

While Brown’s writing was sharp and definitely dragged me right into this world, some of the battle scenes were a bit drawn out. The plot took a long time to evolve somewhere around the middle of the book. There was constant action, and I wanted some more downtime and dialogue with my man Darrow.

First book in quite awhile that is: